Caitlin's wish: #MemoirMadness Nov. 3rd.Age 3 yrs old.: Life was a never ending game, I had a sister, a playmate, games were never the same.  We played with the neighbour's  kids, in each...
Posted by Dr Margaret Aranda at 2:52 AM 1 comment:

Caitlin's wish: #MemoirMadness Nov. 1st. Age 1.: #MemoirMadness #author #poet Always being one to please, Even as a bairn on my Great Aunt's knee, Angelic blue eyes that coul...
Posted by Dr Margaret Aranda at 1:24 AM No comments:

Age 9: Sitting at the Edge of a Cave

/ By Dr. Margaret Aranda
I was in medical school, and it was the summer of 1986.
Besides the fact that I needed money and drove an Ice Cream truck (yes, an Ice Cream truck) that summer, a more importante thing happened. I drove from Tulsa to Los Angeles, California in my little Chevy Sprint car. It had 3 cylinders just like a motorcycle and got great gas mileage.
There was not a real gas shortage, but I was short on money. (Hence I drove an Ice Cream Truck ~ a pink one.
No one would do that unless they really needed the money.

Image 1. My Pink Ice Cream Truck.  It made a great, loud music noise.
My son was the 9 years old; Milton was his best friend. Milton was two years older than my son, putting him at 11 years of age. When I drove from California to go finish out another year at Oral Roberts University School of Medicine, I thought it would be nice for my son to have a friend with him. So we all drove back from Los Angeles to Tulsa, coursing along the 10 Freeway day and night.

It was a long, hard drive. Milton StartEd asking questions.

Picture this: Mountains Appeared on the road before us.

Image 2 Straight Hwy 10.  We headed into the mountains, than left them on the other side. Only than we would see another set of mountains just like these. They were exactly the same mountains, over and over again. How did they travel in horse wagons?
~ ~ ~ ~ ~
In the heat of the summer, one looked to the left and than to the right.
Heat waves glistened on their forms above the arid desert.

"When are we stopping to eat?" Milton asked.

We stopped to eat, and we stopped to drink.
~ ~ ~ ~ ~
Than we drove another 100 miles of flat desert ...
It appeared the mountains before us closer and closer.
Just as we passed the next mountain pass, yup.

Another mountain pass was just in front of us, again.
Again and again we went through this abyss of endless road and mountain passes.

Milton was having a hard time, as this was quite monotonous.

I could not believe it when I heard it,

as my son had never asked me that question before.

"Wow, I said," You're not going to keep asking me, are you? "
Well, you would have to know Milton to know what I did to stop him from asking me the same question. Again.

" You Gotta Have Faith "

I turned up the music.

I had George Michael in my car, a tape cassette.
There were no DVDs, no CDs, no movies to watch. Only music. So I played the same tape, over and over again whenever Milton asked how long the drive was going to be. Each, time, I was hoping it was negative reinforcement, but I actually liked the tape so I just turned it up louder and louder each time it played.

"Ugh!" They said in unison.

"You are going to thank me for this when you grow up," I said, "because every time you hear George Michael, you are going to remember this trip to Carlsbad Caverns."
They looked at one another in disbelief; I peered at them in the rear view mirror -
that's how I know.
Shaking their heads is 'no'
A certain they were certain this was the torture and endless;
I would never, no, never ever be a funny memory!

We stared at another mountain pass before us.
One could not help but wonder about the frontier, the cattle and the wagons that had to tread this ground across hundreds of years ago. How did they do it on foot? It was hot. It was dry. It was cold at night. The pioneers did not have Rest Stops and hotel rooms, and it seemed like such a difficult drive. How could frontier women deliver babies like this?
Toda provice unending some relief on this trip, I told the boys that I would take them to the Carlsbad Caverns. I had them look at the map as we turned off the 10 to drive south.
~ ~ ~ ~ ~
Little Milton was now twingling and twitching,
Beside himself with "You Gotta Have Faith."
~ ~ ~ ~ ~
We neared the Caverns.

Milton threatened, "This better be worth it."

A welcome relief from the scorching heat,
the stalagmites and stalactites soon
jutted out in the beauty all around us.
~ ~ ~ ~ ~
"Oh, this is so  worth it!" Exclaimed Milton.

At the evening's end, we sat on the edge of a cave.
It was time for the bats to fly out.
We waited and waited and, you guessed it.

Milton kept asking, "When the bats are going to come out?"

The audience peered at him in frustration and the several people who told him to "Hush!" Just the while, we could not hear it. My last purchase patiently waiting, trusting me on this one, too.
I'll never forget how much I Realized who he was as a person just now.

I really liked him.

~ ~ ~ ~ ~
Whoosh!
Like the ripples of water at a stream, it was smooth and soft at first.
Than, as the bats neared, the enormity of their wings revealed Themselves en masse.
Whoosh!
Echoed throughout the giant swoop.
There they went, just as fast as they came and in an instant or two, they were gone far away to look for food and stretch their wings are upside-down from the effects of gravity.
Whoosh!

Milton looked up at me and said, "This was sooooo  worth it!"

The whole remainder of the drive, Milton never asked another question.

Of course, I turned up the tape and kept jamming to "You Gotta Have Faith."

Age 1: Baby in the Sky for Father's Day
Age 2: The Making of a Woman Intensivist
Age 3: In the Blink of a Car
Age 4: Respond Do not React
Age 5: The Edge of the Pool
Age 6: Glistening in the Moonlight
Age 7: The Pigeon Boy, The Suction Bush and The Darkness
Age 8: Selling Cupcakes
Age 9: Sitting on the Edge of a Cave
Posted by Dr Margaret Aranda at 7:03 AM No comments:

New study shows how mindfulness could help women who are feeling sexually disconnected
Posted by Dr Margaret Aranda at 1:35 PM No comments:

~ October is National Dysautonomia Month ~
~ Series ~
In 1869, the term 'neurasthenia' was popularized by Dr. George Miller Beard (Image 1), primarily as a description to describe women who had the sudden onset of weakness, fatigue, pain and syncope (fainting). 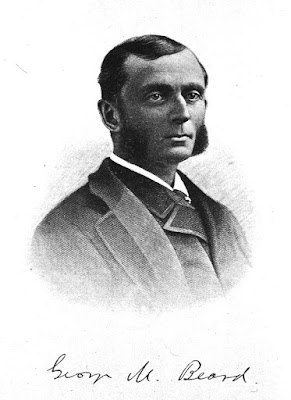 Thought to arise "as a consequence of civilization," the diagnosis could frequently be made after recovery from a brief illness (1). Urbanization stresses in the competitive business environment were thought to contribute to this disease of a "weak nervous system." See Image 2. 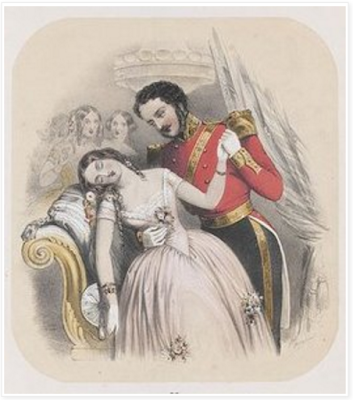 To study the term 'dys - auto - nō - mee - ah' proper, one turns to the Veterinary literature, where the term is well entrenched (2).

The term "grass sickness" was coined. 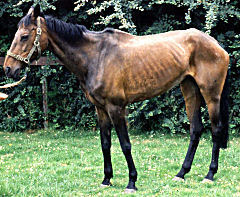 Survivors were rare and there was no effective treatment. Mortality was estimated at a stunning 95%. Famous thoroughbred racehorses affected by "grass sickness" were Mister Baileys and Dubai Millennium.

In 1949 Familial Dysautonomia (FDA) was discovered by Drs. Conrad Milton Riley and Richard Lawrence Day, hence ' Riley-Day ' Syndrome was coined (3). From 1949 to 1959, a series of clinical markers were determined: two clinical tests to include the histamine test and Tongue Markers; and two physiologic studies of urine and plasma catecholamine levels and a lack of compensation for conditions of low oxygen and high carbon-dioxide levels (4).

In 1982,  Key and Gaskell  rom the University of Bristol reported feline dysautonomia in the veterinary literature. At this time, the diagnosis was prevalent, with hundreds of cases reported by 1985. Cats displayed dry mucous membranes, pupillary dilation and protrusion of the third eyelid (Image 4).  Only about one- quarter of the cases survived. In  1983,  Britain described  cat  dysautonomia. In 1991, the United Kingdom reported dysautonomia in the wild hare (Image 5) (2).

In 1993, the FDA defect was located on Chromosome 9. Two years later, the FDA clinical trials formed the basis of the pharmacologic agent midodrine being approved by the Federal Drug Administration (4).

Symptomatic orthostatic intolerance is the presenting complaint of mostly young women who are subsequently diagnosed with Postural Orthostatic Tachycardia Syndrome (POTS). In 1997, Grubb et al. defined the criteria which imposes: an increase in heart rate to 30 beats min/or  an increased heart rate of 120 beats/min or greater when changing from supine to standing position (5,6).

From 1997 to 1999, the additional neurophysiologic investigations were described to further assess FDA: Cold Face Stimulation, Laser Doppler Flowmeter, and temperature, as correlated with cardiac risk assessment (4).

In 1999, the precise mapping of the Familial Dysautonomia gene was shown at the 9q31 allele. Dysautonomia was reported in the Netherland  llama (4). At the same time, Schondorfer et al estimated the prevalence of orthostatic intolerance with chronic fatigue syndrome at 40% (Schondorfer) (7).

While the initial term 'neurasthenia' as coined by Dr. Beard was not based on autonomic dysfunction per se, Dr. George Miller Beard holds esteem for recognizing a clinical syndrome, going against the grain of science at the time, being a proponent of medical electrical stimulation therapy, as well as being an activist against the use of the death penalty.

'Dysautonomia' is an original term with a longer history than that reported solely in human literature.

The veterinarian literature is relevant to dysautonomia. It is the intense and valuable work by Drs. Riley and Day that not only rooted Familial Dysautonomia as an entity, but it entrenched the concept of the autonomic nervous system being assigned its own pathophysiology.

Great memory in the world of dysautonomia.

The MD, PhD is In 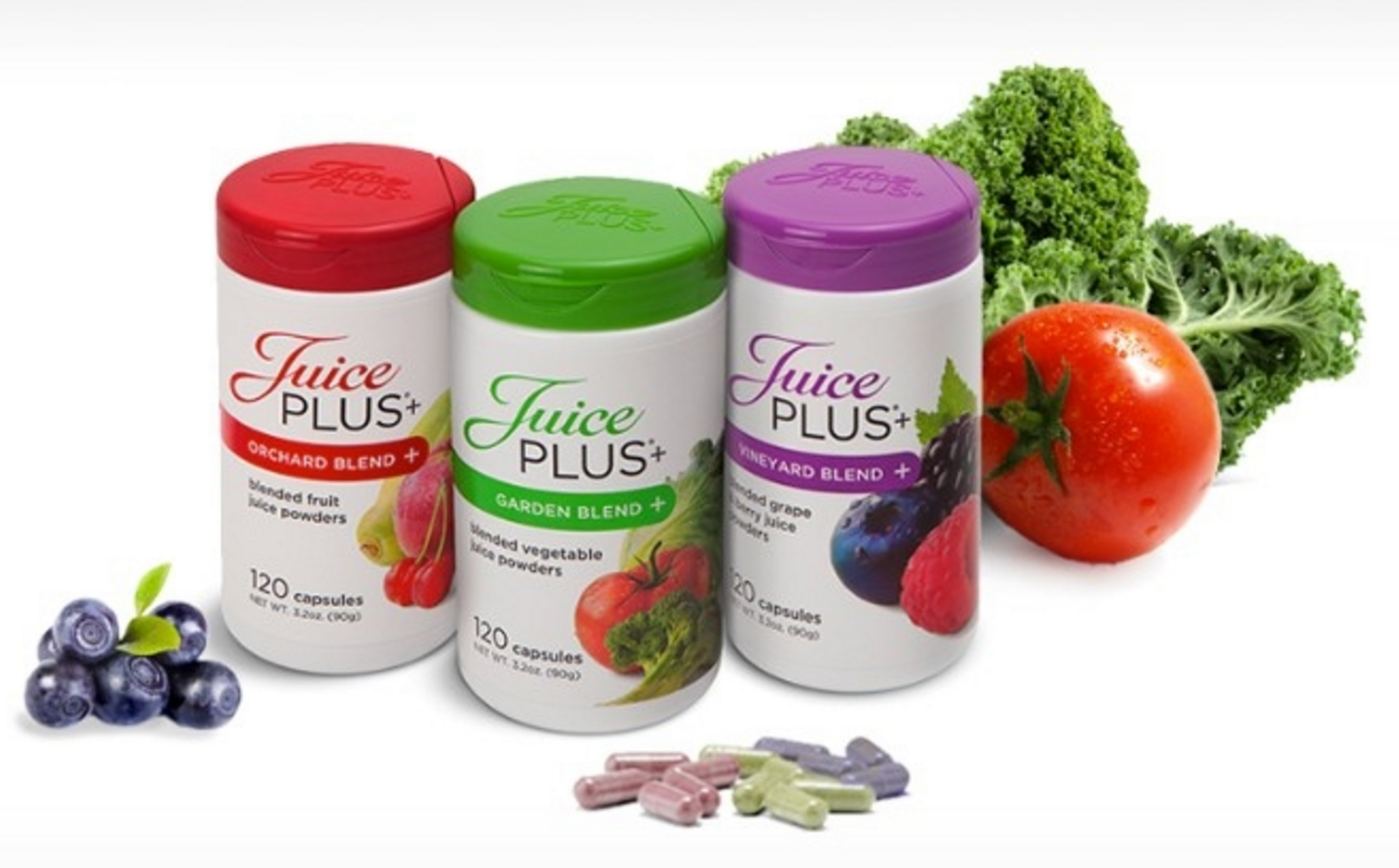 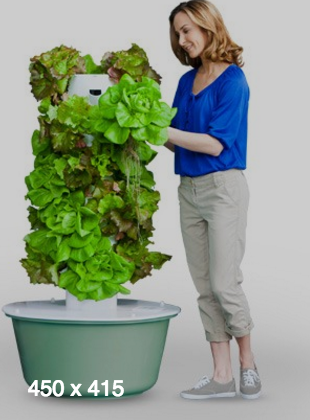 From Your Farm to Your Table! Dr. Aranda's JuicePlus+ Tower Garden Link! 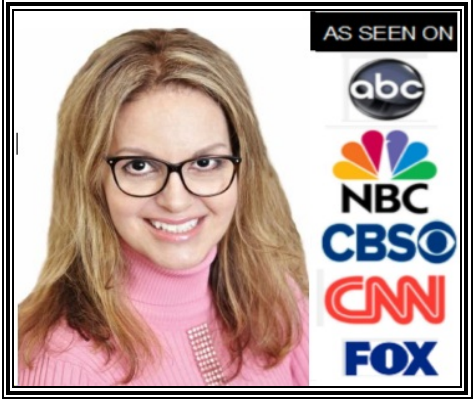 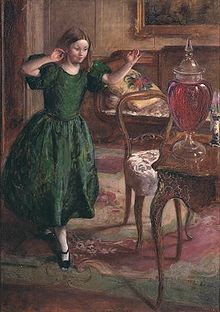 Archives of the Vagina: A Journey through Time
Discusses everything from the First Period to menstrual pads, tampons, cups, the Gardasil(R) vaccine (NO!), chastity before marriage, trimesters of pregnancy, the WHI, menopause, HRT, Caregiving, Informed Consent, Hysterectomy (NO!), and more!
Opinions are my own.

One in The Same:

Discovering Your Full Range of Needs 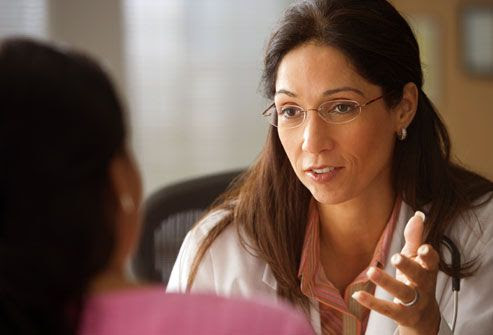 We all Go Through Changes

Especially if We have an Invisible Illness

Aging Should be "The Best Third" of Your Life

Sometimes you can Only Turn to God: "Stepping from the Edge" Blog

Start with Immunonutrition: Healing from the INSIDE Out!

Be Good to your Body First: Dr Aranda's "Immunonutrition" Blog